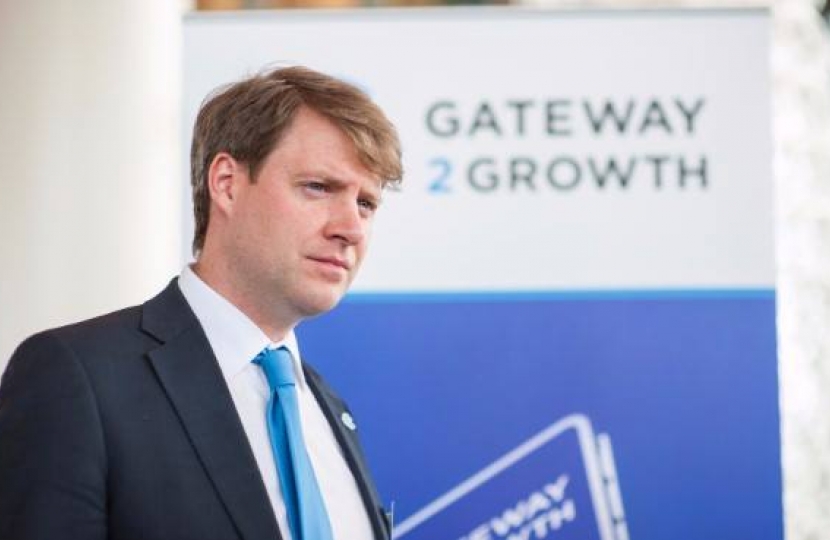 Chris Skidmore was first elected as the MP for Kingswood in 2010 and re-elected in 2015 with a 9,006 majority. A local man, he was born in St Michael's Hospital, Bristol, and grew up in the constituency, first in Longwell Green before moving to Bitton. He now lives in Willsbridge with his wife Lydia, daughter Clementine and his newly born son Henry. Both sides of Chris' family have lived in Kingswood for generations. Chris went to school locally, being educated at St Anne's Primary School, Oldland Common, Colston's School, and Bristol Grammar School.

Chris studied History at Oxford, where he continued with postgraduate research. Before being elected, Chris wrote several history books including Edward VI: The Lost King of England and Death and the Virgin: Elizabeth I, Robert Dudley and the Mysterious Fate of Amy Robsart. Recently, Chris published Bosworth: The Birth of the Tudors. Chris taught history part-time at Bristol University and is an honorary research fellow at the university. Chris is also a fellow of the Royal Historical Society and a Fellow of the Society of Antiquaries.

Chris has been a member of the Conservative party since 1996. He became the Conservative candidate for Kingswood in January 2008, having been one of the first MPs to have been chosen by a primary, where members of the public were able to attend the selection meeting. Chris was elected with one of the largest swings in the South West, overturning a 7,800 Labour majority with a swing of 9.4%. In 2015, Chris increased his majority from 2,445 to 9,006.

Chris has sat on the Health Select Committee (2010-2013) and the Education Select Committee (2012-2014). In 2013, he was appointed to the No 10 Policy Board, and in September 2014 he was appointed Deputy Chairman of the No 10 Policy Board. In May 2015, he was appointed Parliamentary Private Secretary to the Chancellor of the Exchequer, George Osborne MP until July when Chris was given the position of Minister for the Constitution in the Cabinet Office until January 2018 when he was made Vice-Chair of the Conservative Party for Policy.