Justice for Ross and Clare 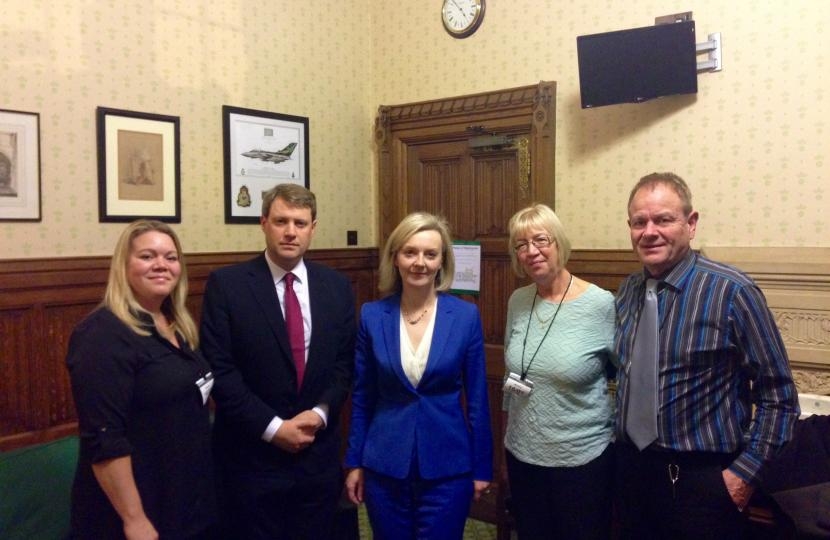 Following the tragic death of Ross & Clare Simons at the hands of a disqualified driver in Hanham in January 2013, Chris Skidmore MP has been campaigning tirelessly alongside Ross & Clare’s family in order to strengthen the law on dangerous driving. Chris’ work in this area has been recognised by the road safety charity – Brake who awarded him a national road safety award in 2014.

Over the past few years Chris has continued to raise this issue at the highest level and yesterday the Ministry of Justice announced that it will be increasing the maximum penalty for dangerous driving offences from 14 years to life. Moreover, Ministers have confirmed that they will introduce new offences for causing serious injury or death by careless driving whilst using a mobile phone.

Chris said: “I am delighted that the Ministry of Justice decided to press ahead with these changes to the law. The public response to the recent consultation was overwhelmingly supportive of introducing tougher sentences, this demonstrates just how powerful the strength of feeling is surrounding this issue. For far too long, drivers who kill either through reckless or careless driving have not faced sentences which reflect the terrible damage and harm that they cause to families and local communities.

Over the course of this campaign, I raised this issue with the former Prime Minister, David Cameron, I have met with the Secretary of State for Justice on several occasions and in 2014 I scheduled a debate in the House of Commons on dangerous driving on the anniversary of Ross & Clare’s death. I was also humbled by the level of support from local residents with 15,000 people signing the petition which we handed to 10 Downing Street. Therefore, I am pleased that the Ministry of Justice has announced today that it will be moving forwards with plans to strengthen the law in this area.”

“The families of Ross and Clare would like to thank everyone for their continued support throughout this difficult time and a special thanks to Chris Skidmore and his team for their dedication to helping us through this campaign. We are thrilled the law will be changed and hopefully these changes will save other families from what we have had to go through.”

More recently, Chris has welcomed new measures to address dangerous driving and speeding near Lower Hanham Road, which are being considered by South Gloucestershire Council, such as introduction of speed tables and speed cushions on the road near the Mount Hill Road junction, as well as a speed table near Tabernacle Road.

Thanks to huge support from local residents, the campaign was able to bring about positive changes to the law on dangerous driving, increasing the maximum penalty from 14 years to life imprisonment. These proposals are great news for local people, as they help reduce traffic speeds and make the local area safer for all.