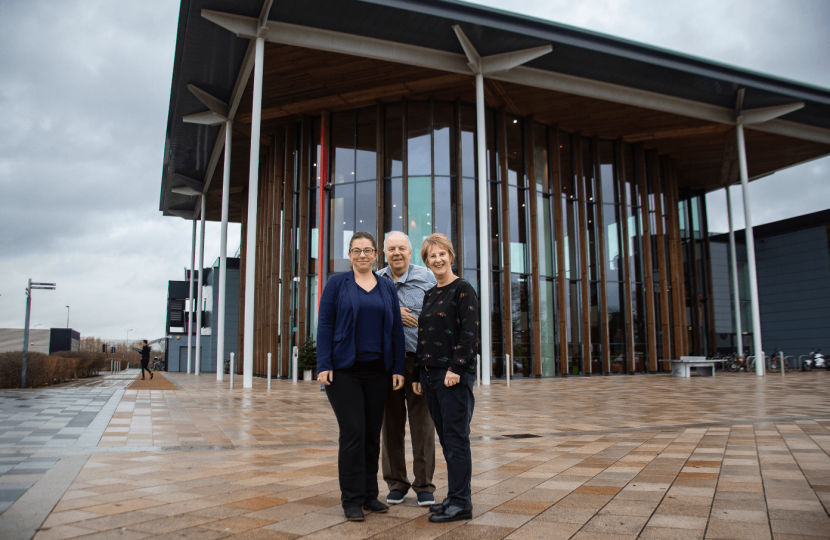 As the local MP and Minister of State for Universities, Science, Research and Innovation, Chris has joined the Government and West of England Combined Authority in celebrating the use of £5.765 million from the Local Growth Fund for the University of Bath and South Gloucestershire Council to jointly purchase the Bristol & Bath Science Park as a centre of excellence for research and development across the region. This has helped secure its long-term future and ensures that our area can continue to lead the world in developing the future of aerospace.

Following on from this, Chris was also recently delighted to see that a major expansion to the Bristol & Bath Science Park at Emersons Green has now been announced, with the Council approving an extension to the National Composites Centre (NCC) located on the Science Park to secure the ‘Wing of Tomorrow’ programme, which according to partners Airbus aims to make and assemble wings faster, easier and cheaper.

The extension is needed over and above the existing facility to provide the manufacturing and processing space necessary for the WoT scheme. This includes customer specific space and shared space. It is supported strongly by global aerospace giants Airbus and GKN.

This expansion also follows a major cash boost of £65.4 million, which the NCC received from the Government last summer. The National Composites Centre is a global leader in composite technology and has created over 340 high-skilled jobs, and forms part of the UK High Value Manufacturing Catapult. The £65m for the NCC is included in a £780m package announced as part of the Government’s strategy to expand the catapult centres.