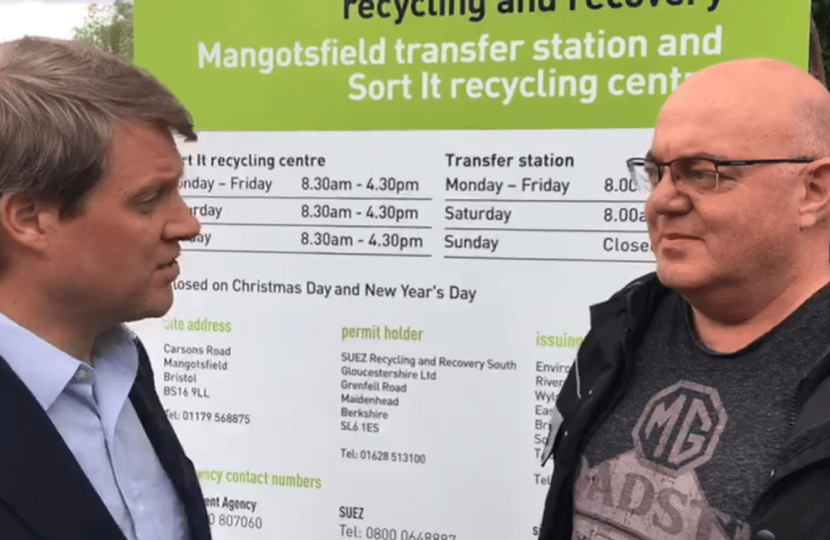 Local residents have welcomed the news that following a long campaign by the local MP Chris and local Councillors, South Gloucestershire Council has now committed £600,000 to improving access to Mangotsfield Sort-It Centre.

As the local MP Chris has regularly worked alongside local residents and Councillors to push for improvements to the site and access to it, presenting a residents’ petition alongside Cllr Ian Adams to highlight local people’s concerns about congestion and queues at the recycling centre.

This much-needed investment will help address the traffic issues many residents in the area have experienced for years, and will help improve access to the recycling centre by creating a separate slip road to the site, reducing local traffic disruption and making the recycling site easier to use.