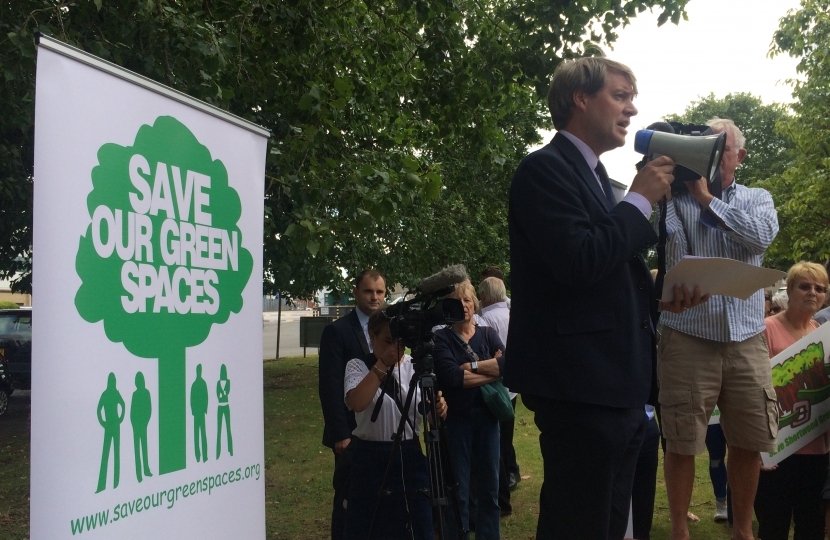 South Gloucestershire is set to benefit from a share of nearly £2 million to crack down on illegal developments on the local green belt, Housing Minister Rt Hon Esther McVey MP has announced.

In South Gloucestershire, £50,000 will pay for improvements to the planning enforcement section of the Council’s website to improve the quality of information provided by the public, freeing up resources to specifically target the Green Belt issues across the district.

Unlike some councils, South Gloucestershire Council’s Planning Enforcement service investigates all complaints received from members of the public.

But the public do not usually understand the planning constraints that apply – such as where the Green Belt boundary starts and ends - unless they have a particular interest in an area or are immediately impacted by developments, change of use, land grabbing and encampments etc.

This means that an unquantified amount of unauthorised development activity within the green belt may be missed, because our community are unaware of where the Green Belt is and what is unlawful development.

Further, valuable professional resources are tied up in determining whether a complaint is valid, reducing capacity to deal with genuine breaches.

Speaking at the annual RESI Convention earlier this month, the Housing Minister announced that 37 councils, including South Gloucestershire Council, would be receiving a total of up to £50,000 each to help with the clampdown.

“I have always campaigned in support of protecting our precious Green Belt in Kingswood and I am delighted that this new government funding will help the Council to introduce the latest technology that we can all use to help bring rogue developers to book for their illegal developments locally.”

“Conservatives know that once the Green Belt is built on it’s often gone for good that’s why only we can be trusted to protect it. The public in South Gloucestershire have told us loud and clear they want it kept for future generations to enjoy.

“The funding announced today will help councils like South Gloucestershire be vigilant against rogue developers, giving the areas with the highest levels of Green Belt the funds needed to throw the book at those who build illegally.”

Conservative reforms to the national planning rulebook last year maintained the strong protections on the Green Belt, which protect an area’s character and prevent urban sprawl. Only in exceptional circumstances can land in the Green Belt be built on.

Alongside the cash boost for councils, we are teaming up with the Royal Town Planning Institute to overhaul the national enforcement handbook to stop illegal developments ever happening in the first place.

The updated handbook will provide the latest best practice and expertise on shutting down illegal building, how to prevent it from happening whilst ensuring developers obtain full planning permission before a shovel hits the ground.