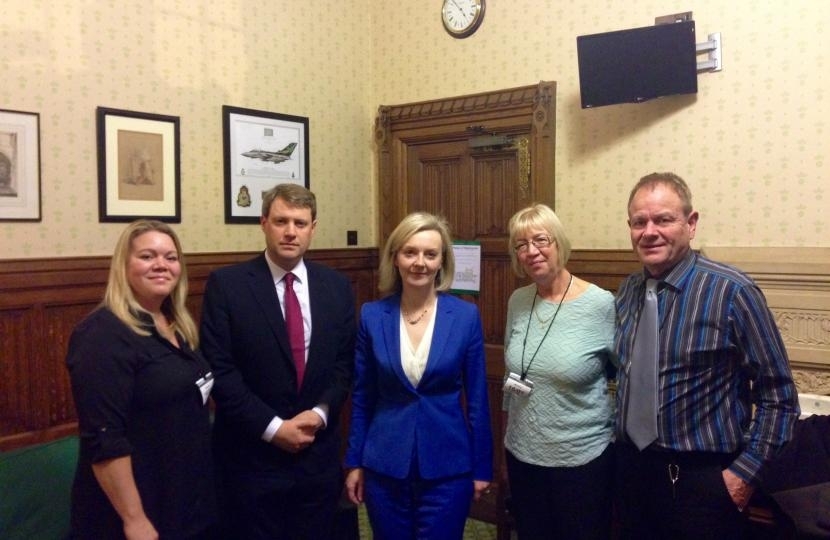 Chris Skidmore MP has given his backing to a Bill which seeks to amend the Road Traffic Offenders Act to increase the maximum sentence for causing death by dangerous driving from 14 years to life imprisonment.

The Death by Dangerous Driving (Sentencing) Bill, introduced by former Prime Minister Theresa May, had its First Reading on Tuesday 21st July. It follows a 2017 consultation on driving offences and penalties relating to causing death or serious injury which found significant support for increasing the maximum sentence for this offence.

The new Ten Minute Rule Motion Bill has met with support from MPs from across the House including local MP for Kingswood Chris Skidmore, who is co-sponsoring the Bill.

Chris has been calling for a change in the law ever since he first launched his “Justice for Ross and Clare” campaign, following the tragic death of local people Ross and Clare Simons at the hands of a disqualified driver in Hanham in 2013.

Chris has been supporting and campaigning alongside Ross and Clare’s families to reform the current legislation and ensure law-breaking drivers face tougher sentences.

Over the past few years Chris has continued to push to strengthen the law on dangerous driving and has raised the issue at the highest level of Government, speaking in Parliamentary debates and meeting with Ministers, as well as presenting a 15,000 strong petition to 10 Downing Street.

The local MP’s efforts were also recognised by the road safety charity Brake who awarded him a national road safety award in 2014.

The Bill successfully proceeded to the next stage and its Second Reading is scheduled to take place on Friday 16 October 2020.

Chris said: “Having campaigned alongside the families of Ross and Clare to introduce tougher sentences for serial driving offenders and disqualified drivers, I have seen the impact death by dangerous driving can have on the victim’s loved ones and the community.

I am therefore delighted to be able to continue to push for reform in this area and co-sponsor this Bill to help achieve justice for victims and their families, and I look forward to monitoring the Bill’s progress to the next stage.”