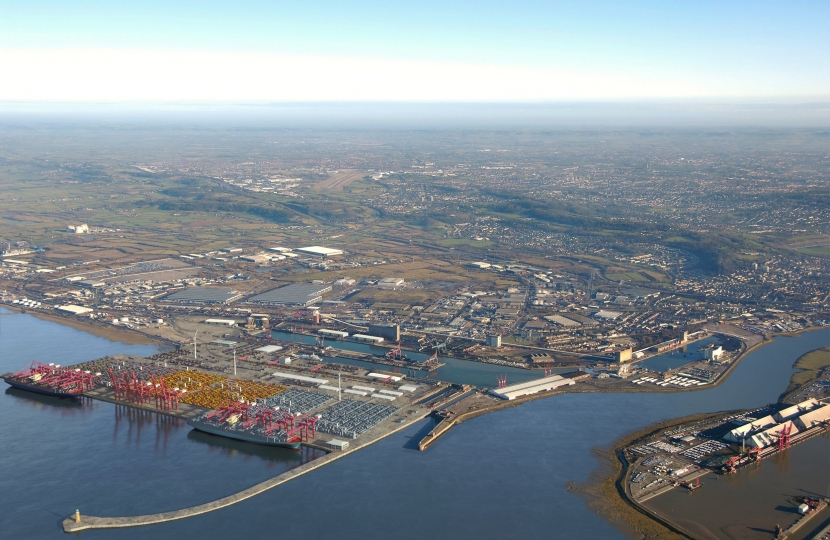 The Member of Parliament for Kingswood has expressed his support for the West of England Combined Authority’s bid to host a Great Western Freeport that could create up to 50,000 jobs in the region and 90,000 nationally.

Chris has written to the Chief Secretary to the Treasury, the Rt Hon Steve Barclay MP, to show his commitment and support for the bid led by West of England Mayor Tim Bowles and other key partners in the region, including local authorities, businesses across the aerospace and nuclear sector such as the National Composites Centre, local universities, innovation centres and business networks.

A Great Western Freeport would be based around Bristol Port, with additional tax and customs sites which could be located at Avonmouth and Severnside, Junction 21 Enterprise Area and Gravity Smart Campus.

If successful, this new hub could create up to 50,000 well-paid jobs, help regenerate local communities and creating further opportunities for investment in manufacturing and innovation.

A Freeport in the local area is also estimated to add £3.2bn to the economy, with new jobs to help boost the region’s reputation as a global leader in high-value design and innovation.

The West of England Mayor has recently also committed to use his devolved powers to ensure that local communities are able to seize the opportunities presented by the bid and to help local people build careers in these exciting jobs of the future.

Chris Skidmore said: “As the local MP and former Science Minister, I am proud to back the West of England Mayor’s bid for a regional freeport which could boost our local economy and encourage further growth and investment in green technologies and manufacturing locally.

This is a fantastic opportunity for our local area and a Great Western Freeport has the potential to play a crucial role in our economic and social recovery after Coronavirus. I have written to the Chief Secretary to the Treasury to highlight the importance of this project and I look forward to working with local partners to support this bid further”.

The Government is planning to create up to 10 Freeports around the UK. Freeports are areas designated by Government with tax and customs incentives in order to encourage economic activity and growth.

Successful Freeport locations will be announced by Government in the Spring.

A copy of the letter to the Chief Secretary to the Treasury can be found on this page.