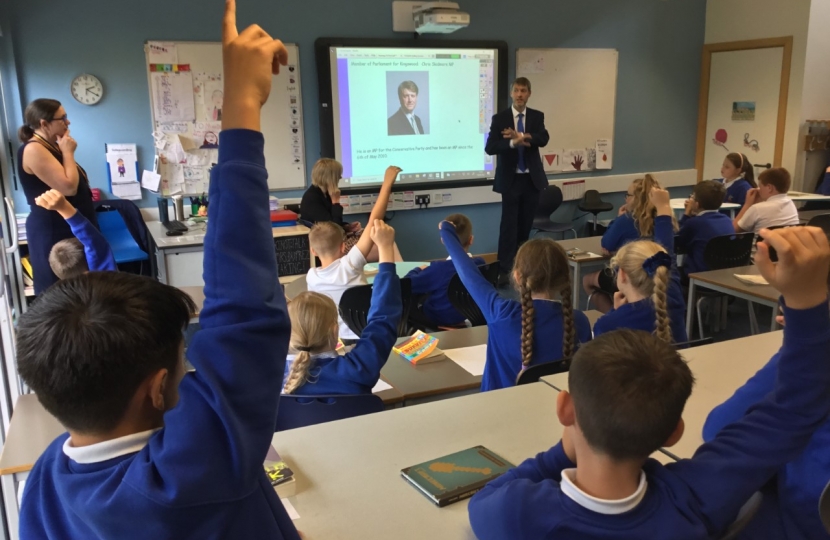 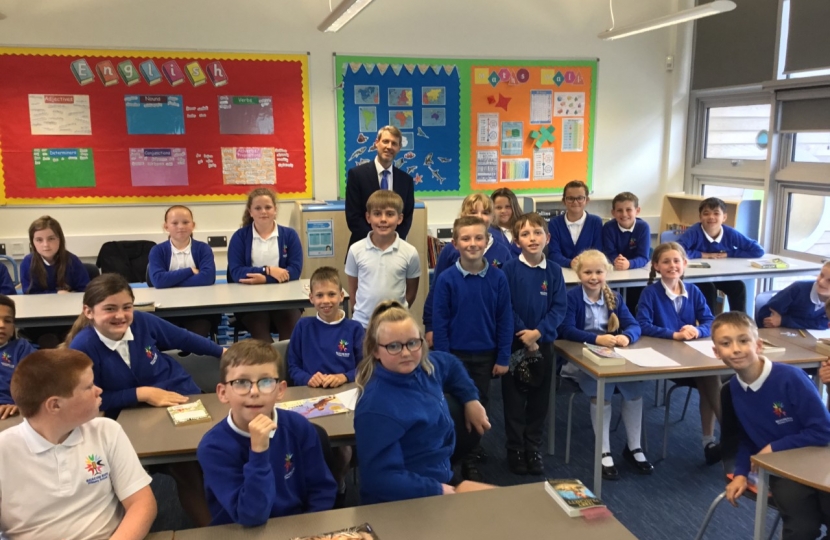 Chris was shown around the school and held a classroom discussion with class 5DP about a variety of topics which interested them. The MP spent time talking with pupils about his role as local Member of Parliament and what it entails, as well as taking questions about topics such as the parliamentary system, current world events and climate change.

Pupils read Chris poems they have recently written and told him about the issues they feel are most important, both in our local area and worldwide. An issue which the pupils were particularly concerned about was climate change, which Chris was keen to discuss as in June 2019, as part of his former role as Energy and Clean Growth Minister, he signed legislation to commit the UK to a legally binding target of net zero emissions by 2050.

The children of class 5DP said: “The experience was extremely interesting. It was nice to hear answers to all of the questions that we had and amazing to get to know what an MP does. Not surprisingly, it was a pleasure for us to be able to read our poems to him and to have him actually here in our class.  Thank you for coming, Mr Skidmore.”

Chris said: “It was wonderful to have the opportunity to chat to pupils and teachers at Beacon Rise Primary School last week. I enjoyed discussing my role as Member of Parliament with pupils and I was particularly impressed by their mature, thoughtful and articulate questions about our local area, Parliament and the issues such as the environment.”