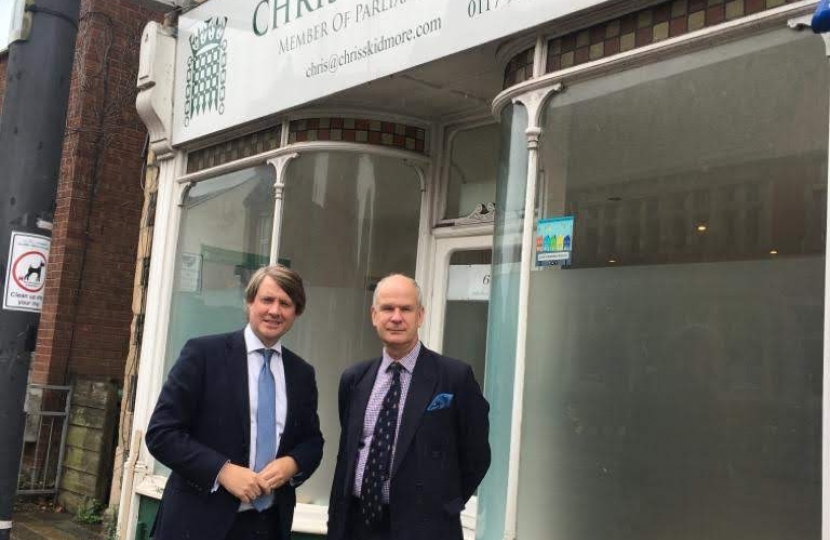 Chris Skidmore has been supporting residents in Birdwood for some time, raising their concerns regarding fly tipping and anti-social behaviour with the local authorities and police team. Now residents had the opportunity to raise further concerns directly with Chris and Mark Shelford during a special site visit to the area.

At the meeting local residents told the local MP and the PCC candidate of how they have been dealing with antisocial behaviour on their street, including drug use and sale, irresponsible motorbike racing, fly tipping and car and property vandalism.

These issues have caused considerable stress and concern for people in the area, even resulting in residents being too afraid to go out in the evening and at night.

Chris Skidmore MP said: “I have been working with local residents in Hanham for some time, putting them in touch with the local police team to ensure their concerns are being heard, and I can fully appreciate how worried local residents must be about the current situation.

Mark and I are in correspondence with Chief Constable Andy Marsh and the local Council and will continue to push for mobile CCTV coverage on the street, for the footpaths to be cleared, and for access barriers to be installed to prevent motorised vehicles accessing the paths and to resolve these issues as soon as possible.”

Mark Shelford said: “I am extremely sympathetic to the plight of local residents in Birdwood and am committed to working with Chris and engaging with both the Local Authority, local Councillors and the Police to improve this situation for residents at the earliest opportunity and to keep our communities safe”.

A £2million bid has recently been submitted to kick start the restoration of the site, which forms part of the wider regeneration of Kingswood, the High Street and the Town Centre, with plans for the current building to be fully restored and returned to use as a performance arts space.