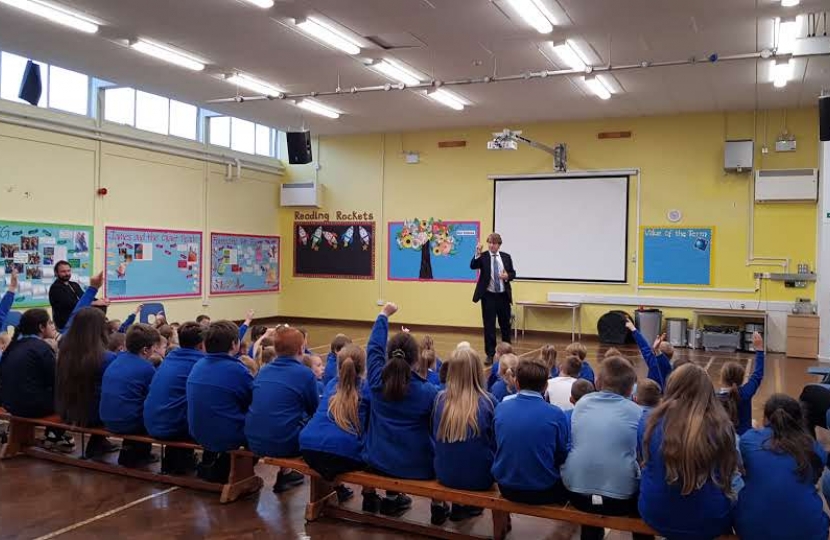 Kingswood MP Chris Skidmore has welcomed the announcement that schools across Kingswood and the wider South Gloucestershire area are to receive over 5% more per pupil next year, a total of £8.4m of additional funding.

South Gloucestershire Council has also been told that its provisional allocation of high needs funding is £35.1m for 2020/21, an 8% increase in funding per head.

The Prime Minister had previously announced he would invest nationally over £14 billion in primary and secondary education between now and 2022/23 – delivering on his pledge to increase school funding by £4.6bn above inflation, levelling up education funding and giving all young people the same opportunities to succeed – regardless of where they grow up or go to school.

The deal includes £700 million extra for children with Special Educational Needs and Disabilities (SEND) in 2020/21.

Because South Gloucestershire schools are some of the lowest funded in the country, it means that our area will also be one of the biggest winners from this announcement.

Kingswood MP Chris Skidmore, who is also a Minister in the Department for Education, said:

“I have long campaigned for fairer school funding in South Gloucestershire since even before I was elected as an MP. It has never been fair that there has been so much disparity between Kingswood children living on one half of a street and Bristol children living on the other half.

I’m delighted the Prime Minister has made levelling up school funding such a priority because I passionately believe that all young people should have the same opportunities to succeed – regardless of where they grow up or go to school.

I pay tribute to everyone who has supported our South Glos campaign for fairer school funding and the hard work of parents, pupils, teachers and the council for highlighting the financial pressures are schools are dealing with.

Because funding per pupil in primary and secondary schools will increase, and be levelled up across the entire country, it means that Kingswood schools will be major winners.”

Earlier in the summer, a new primary school was announced for Warmley to be built for the Cabot Learning Federation adjacent to its Digitech School site.

Kingswood pupils have been congratulated on their Key Stage 2 results by their local Member of Parliament.