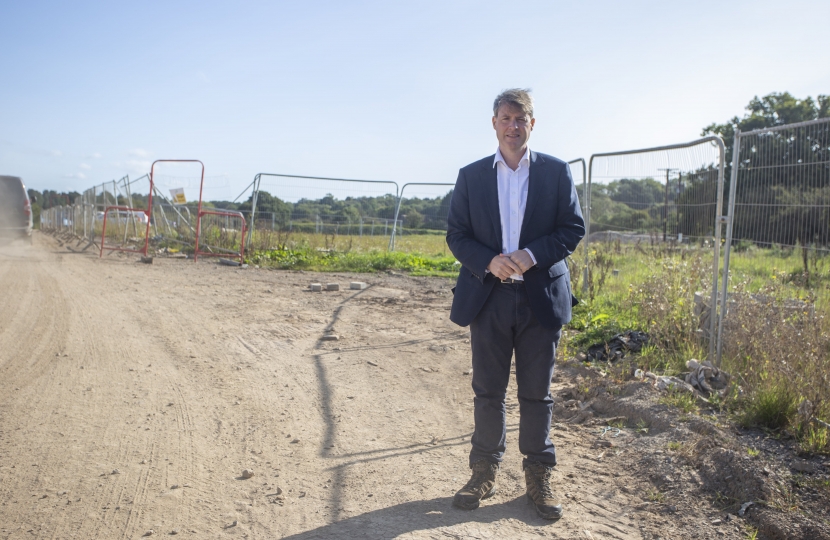 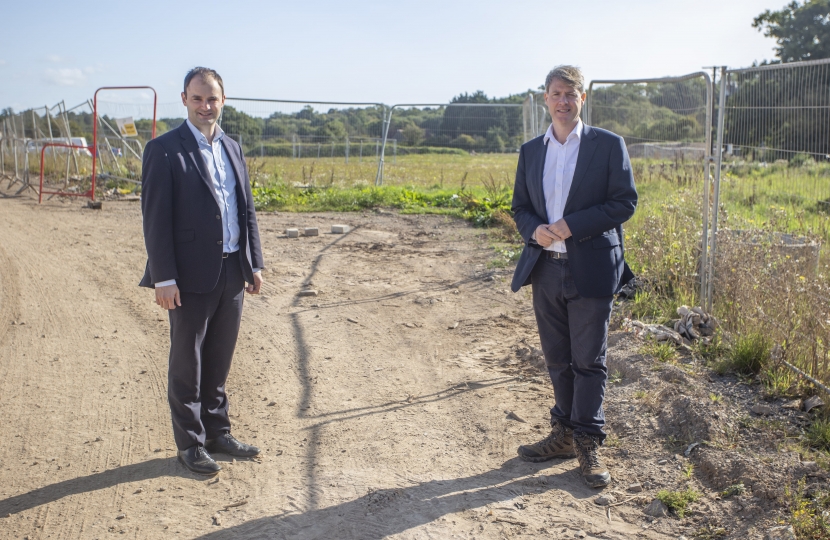 A campaign to deliver a brand new secondary school in Lyde Green has stepped up a gear following a meeting with Secretary of State Gavin Williamson.

Local MPs Chris Skidmore and Luke Hall, whose constituencies of Kingswood, and Thornbury and Yate both include parts of Lyde Green, called for the meeting with the Education Secretary to continue their lobbying efforts to back a bid for the new facility through the latest wave of the Government’s Free Schools Programme.

Discussing the plans for the school, the MPs – joined by Cllr Toby Savage, Leader of South Gloucestershire Council, and Cllr Erica Williams, Cabinet Member for Schools, Skills and Employment -  made the case to Mr Williamson that they had identified a suitable site and were ready to deliver on plans that had been recently welcomed by residents through public consultation.

With more than half of the 2,500 homes in Lyde Green now built, there is a growing need for increased provision in the area, and unlocking Government funding would be key to the future of a brand new secondary school, which would feed through from the already complete primary school.

It important discuss this project personally with the Secretary of State for education, and I am pleased that we are making such progress on this exciting campaign.

This remains a key commitment in my Positive Plan for Schools in South Gloucestershire, and I am committed to helping to deliver this brand new Secondary School for students in Lyde Green, Frampton Cotterell, Coalpit Heath and Yate.”

Kingswood MP Chris Skidmore said: “Lyde Green is a thriving new community with many families choosing to move to the area recently to make it their home. Having the appropriate education provision in place is therefore crucial to ensure that the growing number of children can be educated locally.

I was delighted to meet with the Secretary of State to support the bid for the new free school and I will continue to work with local colleagues to push for the new and properly-funded schools we need in our area.”

Cllrs Rachael Hunt, Colin Hunt and Judy Adams, who represent the Emersons Green Ward, including Lyde Green, said: “We are delighted that our local MPs are continuing to push Government to back plans for a new secondary school for the flourishing community of Lyde Green. We are keen to see our area get the best possible facility it can and with it being taken directly to the Secretary of State, it has an even stronger chance of becoming a reality.

“South Gloucestershire Council has recently carried out a public consultation on what our vision for the new school would look like and it was fantastic to have such a positive response so we want to thank the community for ensuring their voices are heard.”