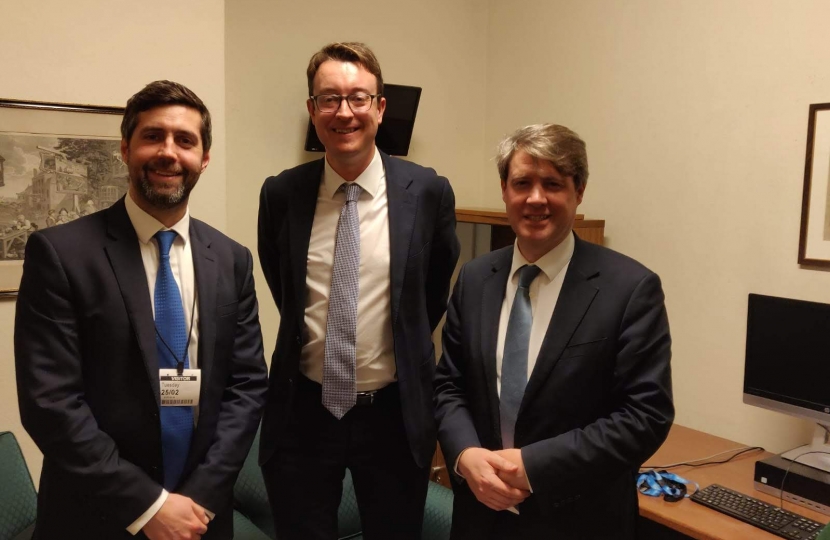 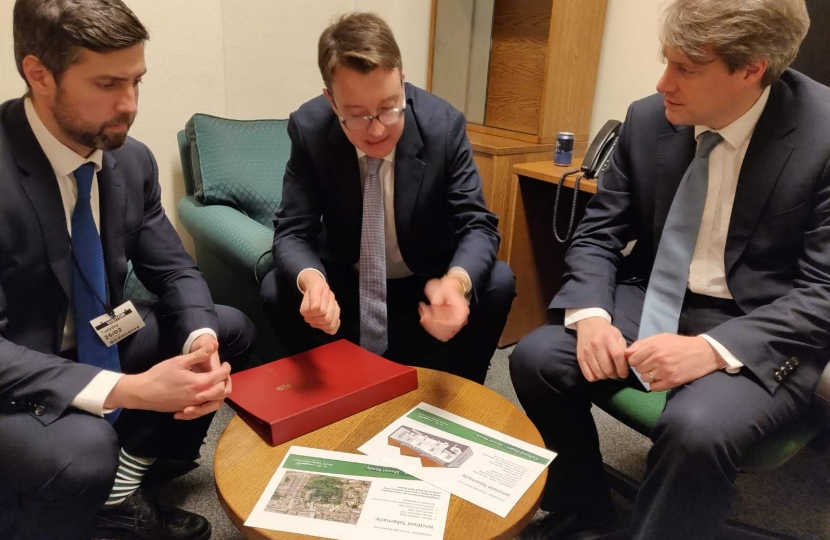 The local MP for Kingswood has recently joined South Gloucestershire Council leader Cllr Toby Savage in raising the positive impact of investing in the future of Kingswood High Street, during a meeting with the new High Streets Minister.

During the meeting, which took place in Parliament on Tuesday, February 25, the pair discussed the regeneration work around the High Street with Simon Clarke MP, the new Minister of State at the Ministry of Housing, Communities and Local Government, along with plans for other High Streets in South Gloucestershire.

The Council had previously secured a £3 million cash injection from the West of England Combined Authority’s Love Our High Streets initiative, and following a public consultation a range of ideas and ambitions, including several put forward by residents, are now being progressed.

A £2 million bid has also recently been submitted to kick start the restoration of the Tabernacle site, with plans for the current building to be fully restored and returned to use as a performance arts space. This comes as the Council has also commissioned £10,000 of urgent works and submitted a business case to the West of England Combined Authority for nearly £700,000 of stabilisation works.

Funding to mirror the positive action in Kingswood across South Gloucestershire’s other High Streets was also recently given a boost, with £400,000 funding being made available for the Council to work with local communities in improving their area.

Cllr Savage and Mr Skidmore also used this opportunity to meet with the new Minister to showcase the work in progress and the need for more support.

Kingswood MP Chris Skidmore said: “Meeting the new Minister so soon after his appointment was a fantastic opportunity to get Kingswood High Street on his radar as well as to promote the positive work being led by local Conservatives across South Gloucestershire to reinvigorate the hubs of our local communities.

“There is a lot of local ambition for the future of Kingswood High Street and the surrounding area and we need to ensure that those aspirations have enough resource behind them to ensure they come to fruition.”

Cllr Toby Savage, Leader of South Gloucestershire Council, added: “It was a pleasure to meet the new Minister and to get his view on vision for Kingswood .

“Our aim is to deliver new and exciting services to the community and deliver a rejuvenated town centre attracts new businesses and new visitors and it was important to get a fresh and positive perspective on our work so far.”