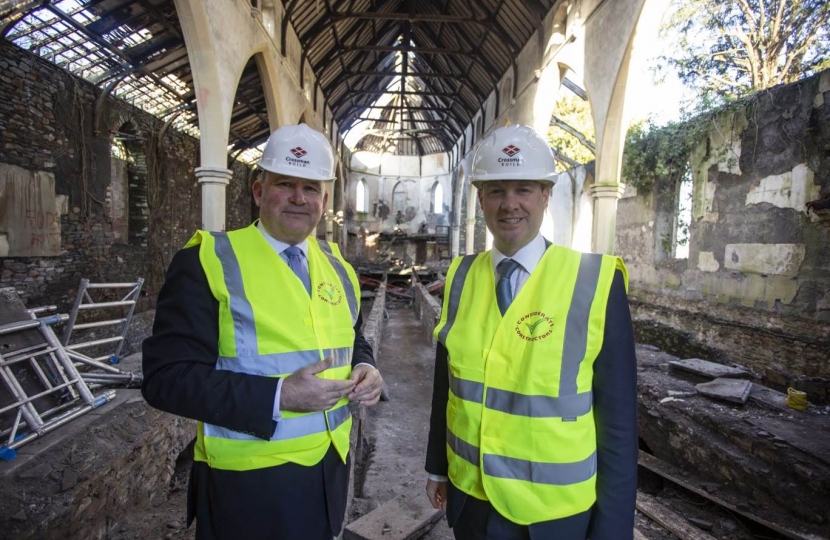 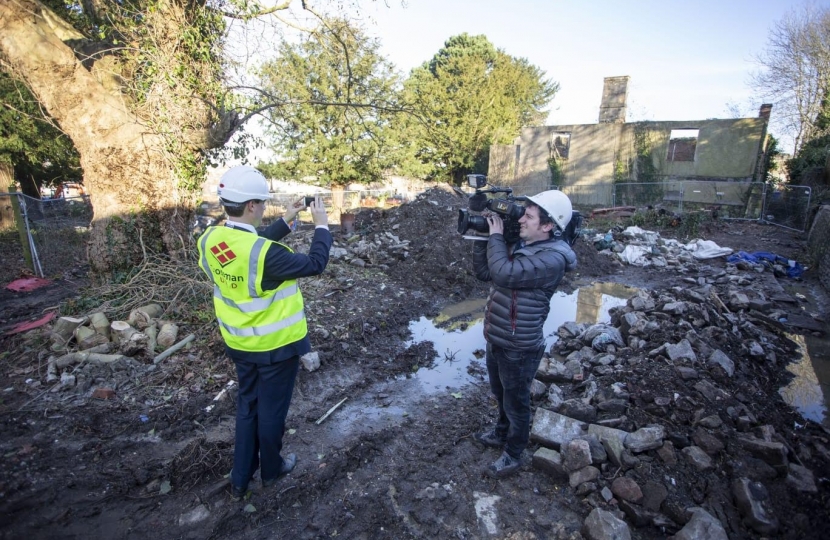 A £2million bid has recently been submitted to kick start the restoration of the Tabernacle site, which forms part of the wider regeneration of Kingswood, the High Street and the Town Centre, with plans for the current building to be fully restored and returned to use as a performance arts space.

South Gloucestershire Council has also commissioned £10,000 of urgent works and submitted a business case to the West of England Combined Authority for nearly £700,000 of stabilisation works, including to the roof, floor and walls of the Tabernacle, as well as ensuring it is connected to services.

The Council had previously secured a £3million cash injection from the West of England Combined Authority’s Love Our High Streets initiative, and following a public consultation a range of ideas and ambitions, including several put forward by residents, are now being progressed. These include projects such as the creation of a Makerspace Studio, tackling empty premises and the recent introduction of a new ecosweeper and compaction bins.

Planning permission has also already been approved to redevelop the Masters Church, neighbouring the Tabernacle, which will provide 19 new apartments, as well as the surrounding grounds and cemetery being converted into a public park and transferred to South Gloucestershire Council.

The Leader of South Gloucestershire Council Cllr Toby Savage said: “The regeneration of the Whitfield Tabernacle plays a significant part in the bigger vision we have for rejuvenating Kingswood and it is critical we seize this opportunity, not only to bring this run-down site back into public use, but to deliver new and exciting services.

“This bid could make a massive difference, not only to Kingswood, but to the surrounding area, as the pull of a rejuvenated town centre attracts new businesses and new visitors to the town.”

The newly re-elected Member of Parliament for Kingswood also recently visited the now building site of the Whitefield Tabernacle, Kingswood’s only Grade I listed ruined building, and along with WECA Mayor Tim Bowles was pleased to see how £680k of funding will now be used to restore the building and help regenerate Kingswood High Street.

Chris said: “I am delighted that this ambitious bid to Government has been made by the Council as it has the potential to be the catalyst for the rest of our plans to rejuvenate Kingswood High Street.

“The Whitfield Tabernacle is in need of huge amounts of investment, having been derelict for 27 years and I am keen to see such a historic site returned to public use, offering a brand new creative, cultural and heritage centre for the community to enjoy”.