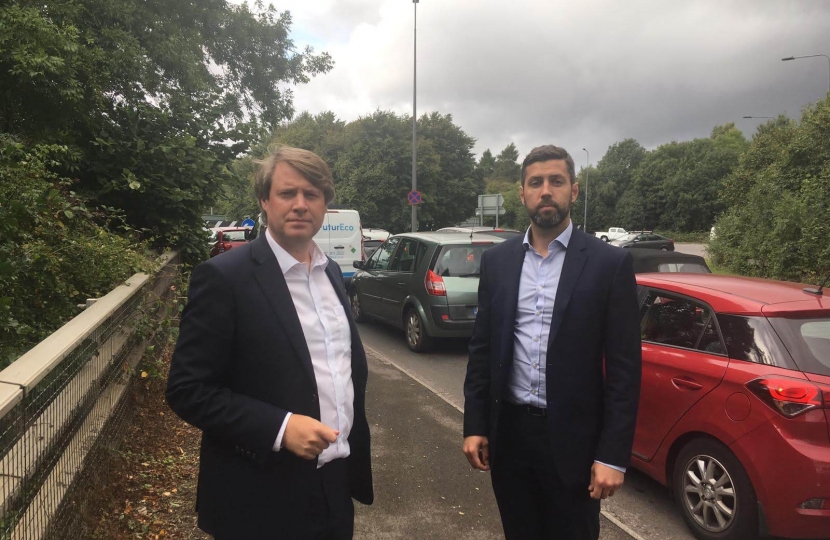 Plans for major improvements to the Ring Road’s Wraxall Road Roundabout have been given the green light by an overwhelming majority of residents.

Kingswood MP Chris Skidmore has added his backing to the 60 percent of local people who supported the £6million ‘through-about’ scheme during its consultation and which has now received full approval by Mayor Tim Bowles on the West of England Combined Authority.

This is the last Ring Road roundabout in South Gloucestershire to receive major investment, which is why it has been a focus for Chris’ campaigning.

The roundabout experiences traffic queues during the busiest hours on weekdays, with queuing causing delays to Ring Road traffic but also to vehicles entering the roundabout using Tower Lane and Wraxall Road.  This includes local bus services.  The delays are expected to increase as traffic levels grow.

The Wraxall Road Roundabout will see extra lanes and traffic signals added because improving capacity at critical pinch-points is essential to improve the West of England’s infrastructure, to meet future housing and economic growth.

“From knocking on doors locally it is clear that this junction causes immense frustration to those who use it as there are nearly always queues and it often feels that you take your life into your hands when using it. I am delighted therefore that in the last few weeks we have seen confirmation of both the level of local support for this project and the WECA funding needed to get on and build it, which will provide a big boost for our local economy.”

“I will keep on campaigning for transport investment locally to keep our area moving and secure local jobs.”

Construction work on the junction is expected to start in August 2020 and it is due for completion 12 months later.